Flaming Leadership was set up in 2020 in response to the United Nations Sustainable Development Goal to ‘achieve gender equality and empower all women and girls.’

We seek to shift the landscape around gender parity, meaningfully challenge outdated stereotypes and increase the number of women stepping up to lead. We do this by providing dynamic training, bespoke coaching and personalised mentoring.

Flaming Leadership are a team who develop and deliver in-house, online and residential retreat programmes for business and education. From start to finish we work closely with our clients to identify their needs, ensuring that significant change can be implemented and sustained as we go forwards.

Because the most important thing in our work is Gender Parity, Inclusivity and Diversity, our workshops and coaching is for anyone and everyone. Nobody is excluded.

The work we cover includes: 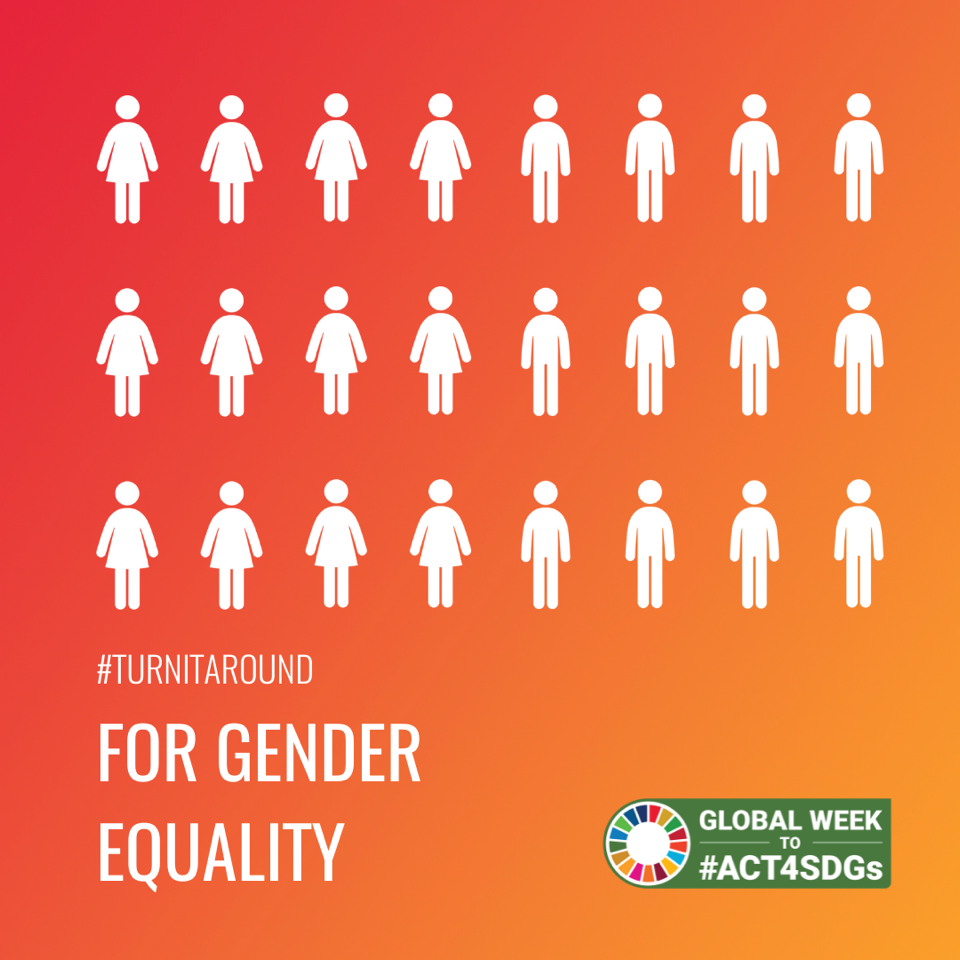 Dannie is the Founder of Flaming Leadership. She is a senior training consultant and executive coach who specialises in Communication, Personal Impact, Creativity and Women’s Leadership. Dannie has been designing, developing and delivering training for over 20 years across a wide range of business, educational and charity sectors.

She is also a published author, acting coach, singer/songwriter, actor and award-winning theatre director. Dannie founded Creative Wavelengths, a linguistic and diagnostic tool for Creativity and Innovation in Organisations in 2017, following her acclaimed TEDx talk ‘The Inconvenient Truth for Culture’ in 2015.

Her work brings issues around women’s leadership and the accomplishment of gender parity to the centre of the table, giving people the implementable skills with which to initiate change. She is a regular public speaker and guest panellist on a range of issues around women and the realities that they face at work and in society.

Kemi is a specialist in strategic leadership and impactful speaking work. She has been the President of the Nigerian UK Housing Society for the last 12 years and the driving force behind the successful implementation of high-quality housing management training.

Kemi has also been a powerful board member for both Bromley Racial Equality Council (BREC) and Housing for Women. She has vast experience as a facilitator and speaker at a large number of conferences and is Flaming Leadership’s expert on the intersectionality that Black Women face, and the specific issues they are confronted with in Leadership.

In addition, Kemi is a trained youth worker and an experienced facilitator of community prison projects. She regularly works with Kids Kitchen, whose purpose is to get all sorts of families cooking healthy meals with their children. Kemi’s extensive work as an actor and writer has seen her work recently produced at the Young Vic.

Laura has over 20 years of international consulting experience. She began her career in HR Business Partnering in finance and then worked in telecoms and media before becoming an independent consultant.

She has worked with a range of clients across the public and private and specialises in Diversity and Inclusion, supporting women and people with disabilities to overcome barriers to progression. Laura also works with managers to understand the legal, ethical and business imperatives to challenging problematic behaviours and moving beyond compliance to inclusion.

Laura works comfortably at all levels, facilitating workshops and conversations for Executive Boards, Graduates, Apprentices and front-line workers.  She has experience of designing and delivering “positive action” programmes for women and working specifically with female leaders on topics such as assertiveness, communication, emotional intelligence and negotiation skills.

Robert has a background that has roots in performance and theatre, and his journey to life coaching, and training, has taken him along a path of varied experience and learning. He originally trained as an actor and mime artist, and physical theatre was a big part of Robert’s early work. Specialising in theatre and education within schools, he has worked collaboratively with a number of organisations such as Creative Partnerships and A New Direction, where he delivered training alongside Educational Consultant Mathilda Joubert, a collaboration that sparked my initial interest in coaching.

Robert have also been involved with different aspects of higher education institutions; having worked on degrees at several universities; running a module in Theatre and Education at Essex University, as well as contributing work to Anglia Ruskin’s Masters in Education and the Arts.

He has been on an incredible journey of self-development and consistently expanded both his training and coaching skill set. Initially training as an NLP Practitioner and hypnotherapist, Robert then went on to pass his Diploma in Transformational Coaching, before adding a number of other accredited coach training courses to his toolkit, including David Drake’s Narrative Coaching, Simon Western’s Analytic Network Coaching & Peter Hawkins Advanced Coaching.

Robert is highly involved the allyship and co-conspirator areas of Flaming Leadership’s work.

With 25 years of award-winning coaching and leadership experience in both the private and public sectors around the globe, Indra has a passion for working with organizations to effect meaningful, goal-oriented change resulting in high-performing and inclusive team culture. Indra is regularly invited to lead workshops and talks, and continues to shift the focus from process concerns to investments in culture, people, and mindset.

Indra founded Agility for All to move organizations past mechanics to deeper environmental change; creating cultures founded in the definition of agility; being flexible and able to adapt quickly. Every discussion with Indra starts with “What is the problem you are trying to solve?” not by applying the latest buzzword frameworks and methodologies without purpose.

Indra strives to help redefine how people show up and interact through her group coaching programs and consulting, thus producing an environment of higher retention, engagement, and performance. Indra hopes to continue to foster an environment for all voices to be heard and thrive.

There are still some brave and honest conversations needed around the real barriers to women’s progression in organisations. These conversations are not just for women, they are for everybody.

Conversations around confidence, micro-aggressions, labelling, impact of language, unconscious biases, and a range of other factors need to be had if we are to manage the potentially difficult change into stronger gender parity.

Issues around childcare and the assumptions that a) it is mainly the woman’s job and b) every woman is a mother (20% are not and 90% of that number not by choice; this issue is incredibly sensitive) are often big barriers to women in leadership.

There are issues around intersectionality that black women, trans women and queer women have to navigate in addition to all of this and so this needs to be better understood and catered for within organisations.

Despite girls outperforming boys in the school system, their achievements don’t translate into leadership positions for females in the workplace.

Girls often feel limited because of gender stereotypes and a lack of women in the higher positions leading them to believe that a leadership position is a challenge rather than a natural progression; they don’t see enough females in positions of authority which discourages them from thinking about taking up these roles as they grow up. Both males and females need to actively support women moving into leadership from their early years if we are to achieve true gender parity.

Confidence is also something which starts to plummet from around age 10 mainly due to girls being more likely to be put down, mocked and belittled, which very quickly leads to self-doubt. Unconscious gender bias and outdated narratives are very much at the root of these behaviours.

When it comes to the curriculum delivery, many girls feel that when they learn about a female role model in school it is rare and presented as an unusual thing and that it is special, rather than normal, for a woman to achieve.

Relationships and behaviours can be very different depending on gender identity too.

Only 22% of female students at mixed-sex schools think their school takes sexism seriously enough. Girls feel that boys cause more low-level disruptions in the classroom and that it’s difficult for girls to stand up for themselves in school, because they often feel that doing so would make conflicts worse, meaning that they often internalise upset. This becomes distracting and detrimental to their wellbeing and performance. It is incredibly important for teachers, particularly female teachers, to challenge inappropriate behaviour by boys. When girls see this in action, it boosts their confidence and willingness to stand up for themselves.

On the whole girls need more encouragement and support to step up and lead. Many schools are now doing a huge amount to encourage girls to study STEM and getting kids to discuss politics, current affairs and suchlike in their lessons. At Flaming Leadership, we would very much like Arts and Culture to be included in this mix, as well as the narratives around dysfunctional women in the creative word being challenged and repositioned.

Integrating training is paramount to the work we do in schools. We work with parents, teachers and students together, championing communication, cohesion and confidence in all of these areas.  We use training workshops, forum theatre, creative projects and facilitated discussions as our main pillars for educational work.

Too many women have been downtrodden since childhood and continue to be downtrodden by abusive relationships and situations that keep them stuck.

At Flaming Leadership, we work with women in all areas, including the prison system, rehab, sex workers, and those living with HIV who want to make changes to their world and relationships.

We work inclusively and are passionate about building the self-esteem of women by building stronger communities with other women so enhancing their sense of sisterhood; by replacing their old and redundant patterns of behaviours and habits with new ones that support desired changes, autonomy and wellbeing; by teaching resilience and maintenance skills around some of the more sensitive areas in their lives.

Through our workshops, coaching, seminars and discussion groups we address issues around tackling life scripts and limiting beliefs by using tools such as CBT, NLP and elements of Neuroscience to encourage neuroplasticity. We also use mask work, forum theatre, breathwork and other techniques that encourage, nurture, and support the awareness, acceptance and management of emotions in any space.

Contact Us
"We need to reshape our own perception of how we view ourselves. We have to step up as women and take the lead."
Beyoncé

An 8-week self-directed online group programme for women to stand up, step in, speak out and lead the way for better change wherever their strengths belong.

Flaming Leadership was created for every woman around the globe

This is a zero fluff and maximum impact 8-week programme.

Designed for women who don’t want to fit the old ways of doing things, this programme does everything in a new and dynamic way.

We are in an increasingly VUCA world and we need to know how to lead with excellence within it, challenging unhelpful narratives and unconscious biases every step of the way.

You will be expected to show up, be visible and commit 100% to the implementation steps included in this programme.

You will blossom into your full self, blaze using your values and passions and become the beacon in your organisation or mission.

You’ll be fully accountable, you’ll be expected to work hard and you’ll have to work out of your comfort zone with answerability to your allocated partner.

Are you ready to step forward into the Flaming Leadership Self-Directed programme?